Although we can consider the harp as an instrument of very remote origins, we may not be very clear how old it can become. The excavation led by Roman Mimojod reveals an interesting discovery about this beautiful instrument dating from the 6th to 4th centuries BC. C.

The music and evolution of the instruments

The instruments that we currently know are the result of a wide variety of changes that have been adapted to them over time. These changes can be very subtle or on the contrary imply a radical change in the definition, concept and appearance of the device, in such a way that it could lead to very different ones.

Furthermore, if we analyze the reasons for these modifications, we can find that they can be very diverse; For example, they could be related to the needs and creativity of the interpreter who used them at the time, since sometimes their body dimensions or special situations do not allow them to be comfortable with the original characteristics, but these changes can also be related to experiments conceived by the same artisans who produced them, with the intention of making a difference against other recognized workshops or as a way to leave a mark on their legacy, trying to provide some improvement on the original design. 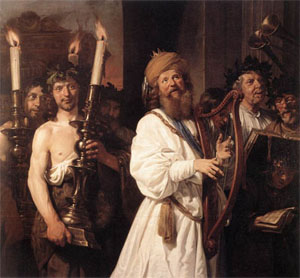 Guessing the origins of the harp

If we focus on the particular case of the instrument that interests us on this occasion, that is, the harp, we can enter a fascinating world of speculation to find out its origin. Let’s start by defining it in the simplest way; It is an interesting artifact, characterized by having several strings included in a rigid frame, capable of supporting considerable tension, in order to achieve sounds of a particular tessitura.

Now, this artifact is quite difficult to trace throughout history and it is really complex to know for sure how its chronological evolution was. The problem lies mainly in the fact that it is an instrument that has been manufactured throughout its evolution, mostly with materials that deteriorate very easily, since they are susceptible to temperature, exposure to conditions such as humidity, insect pests that can ingest it, etc. This has made it very unlikely to find a really old harp that is preserved in a condition to be analyzed, to achieve with these studies to rescue valuable data about the changes it has undergone.

However, the findings that have been found in various places on the planet, led many to conclude that the origins of the harp went back to a geographical site that we now know as Ireland and its peripheries, including some British Isles, from where they consider that it went expanding the use of this musical artifact, mainly among poets. It is estimated that they were the ones who began to use this resource mainly with the objective of giving greater emphasis and attractiveness to their stories.

Let us remember that in ancient times, since there was no official newspaper that people could read, these were the characters in charge of bringing the news of the moment and to gather a greater number of people around them, they were ingenious in their way of capturing attention.

These conclusions are based on the vestiges that have been graphically engraved on some rocks, where human figures can be observed holding objects very similar to a harp and which are estimated to belong to the year 1000 of our era. However, there are other theories, which are related to other found objects, that shed new light on the history of this instrument in a place that is not exactly close to Scotland. For example, there is a representation of ancient Greek art that dates back to 2800-2700 BC. C, where a harpist carved in a marble statuette is observed.

Definitely, one of the best ways to discover data about civilizations before ours is through excavations, carried out in what are the ruins of already extinct cities. The experts who conduct this type of study are capable of recognizing through small objects some indications much of what was their daily life, customs and of course, music is part of the information that can be recovered.

Although it is common for excavations to find various objects, sometimes these are unusual, as happened in the project led by scientists from the Institute of Archeology of the Russian Academy of Sciences, in what was an ancient tomb corresponding to the kingdom of the Bosphorus. In this tomb, in addition to the remains of two people, you can also see those of a triangular instrument, recognized by experts as a harp. The finding was reported after having investigated around six hundred graves, in such a way that we can conclude that it was not a common occurrence to find this type of artifact. 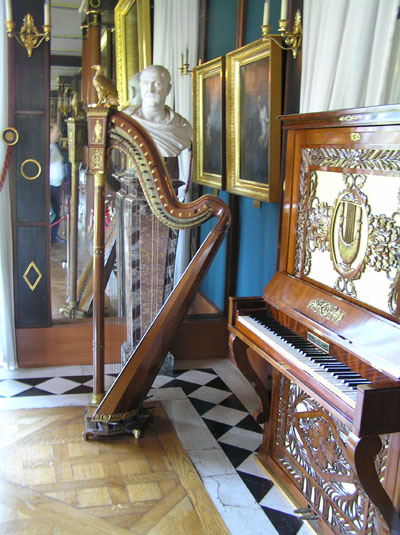 The find is included in the work of Roman Mimojod in Krasnodar, Russia and the discovery is now known as “the Harp of Taman”, and among other important data, we can highlight that it is an event around the year VI BC. Being in this way the oldest and best preserved Greek harp that has been found until today.

Curiously, the harp is broken, but apparently this was not accidental, but a provoked action that could have been part of the funeral ritual, but the reason for this may never be known. But what is a fact is that this discovery shows us that since the beginning of the Middle Ages, the harp was already an instrument that accompanied the music performers of these years in this geographical place.

Among the interesting data of the object, we can also highlight that this instrument was partly consolidated on a bone base, with pegs made of bronze, something that considerably influenced its conservation. Which makes us speculate that perhaps it was the best harp of the moment , because it was peculiar and resistant. In addition, in the find a bone plectrum can also be found among other objects, which could have been the accessory with which the harp was played while it accompanied the interpreter.